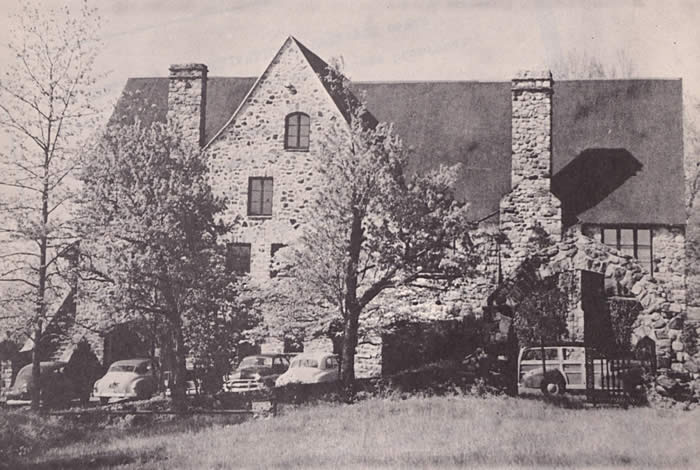 Who was Ernest Dichter? 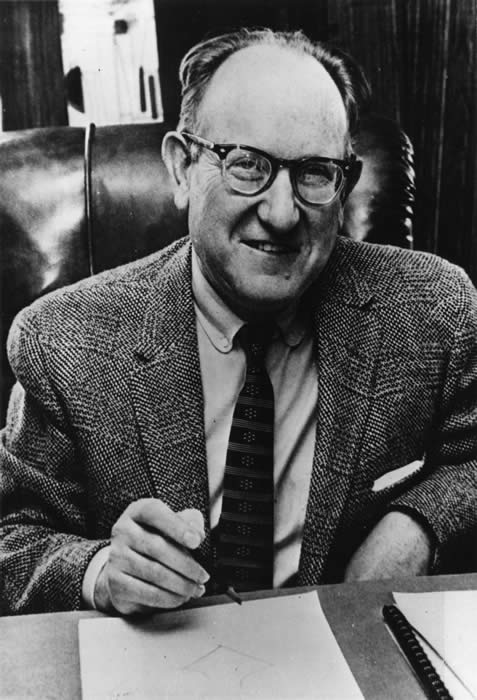 In 1938 Ernest Dichter (1907-1991) moved over to the United States from Vienna to begin his career in market research. After working on short-term consulting projects and as part of large advertising agencies and organisations, Dichter finally established his own consulting firm in 1946, located in New York. Unlike his contemporaries, Dichter’s techniques were largely qualitative, focusing on depth interviews and projective tests rather than simple surveys. These methods enabled The Institute for Motivational Research, Inc. to discover consumers’ innermost secrets and taboos, and the deeper meaning behind a product or service. In pioneering this approach Dichter became infamous as one of the most astute marketing moguls of the twentieth century.
The 1950s marked the heyday of motivational research in America, and Dichter’s work soon expanded to offices in Paris (1958), Rome (1959), Zurich (1968), and Frankfurt (1970). From these branches The Institute produced reports for a wide range of businesses and brands, which is reflected in the collection’s Industries List. The Chronology feature provides a full timeline of Dichter’s childhood, education, and working life.
Ernest Dichter’s papers, including his reports, business correspondence, and notes, were donated to the Hagley Museum and Library by the Dichter family in 2007. Another collection of Dichter material, much of which came from his European offices, is also housed at the University of Vienna. The Hagley reports have now been digitised in colour and make up the bulk of Market Research and American Business, 1935-1965 and an Ad Gallery of twentieth-century advertising prints has been created to showcase some of the most iconic companies, brands and campaigns that can be found within them. The Hagley Library's finding aid can be found here, where you can search the original collection.

Introduction to the Collection

Market Research and American Business, 1935-1965 provides a unique insight into the American consumer boom of the mid-20th century through access to the market research reports and supporting documents of Ernest Dichter; the era’s foremost consumer analyst and market research pioneer.

The collection is a treasure trove of information on some of America’s best known brands, containing thousands of reports commissioned by advertising agencies and global businesses in a booming era for consumerism, ‘Madison Avenue’ advertising and global brands on consumer goods ranging from tobacco and broadcasting to cars and hotels.

Immensely influential, Dichter’s Freud-inspired studies put the consumer “on the couch” and emphasised the unconscious motives behind consumer behaviour. The Institute of Motivational Research employed trained social scientists and used established methodologies to conduct psychological research. Dichter’s career reached its peak after Vance Packard’s bestselling exposé The Hidden Persuaders (1957) presented Dichter as a mastermind manipulator who could exploit the emotions of consumers for the benefit of any advertising agency or big brand.

The work of Dichter and his Institute for Motivational Research provided the building blocks for many of the great campaigns of advertising’s golden age – including Exxon’s famous “put a tiger in your tank” campaign and the slogan “bet you can’t just eat one” for Frito-Lays – as well as facilitating the successful introduction of Mattel’s Barbie Doll.

This collection will provide researchers of consumer culture, business, advertising, marketing and psychology with a wealth of documentation. The wide variety of industries featured will allow for diverse – and multilateral – approaches from a range of academic disciplines.

The work that The Institute for Motivational Research was commissioned to carry out can be traced through each of these six document types.

Proposals were often drafted by the team and sent out to companies in an attempt to secure accounts and the large number of individual proposals that feature in the collection therefore suggest incomplete or unsuccessful pitches. If an arrangement was agreed upon, however, companies may then have chosen to have a pilot study produced before the research progressed to its full stage. These featured a smaller number of respondents or tests and allowed for the company to focus on a specific aspect of the research going forward.

Reports make up the bulk of the collection and there could often be several of these produced over number of months for each company or brand. Letters, memorandums and supporting material would also feature alongside these studies to refer to the progress or outcomes of the research. The various documents within the collection that contributed to the same account have been linked to one another so that the different stages of the research process can be easily explored.

Dichter and The Institute for Motivational Research employed a number of techniques within their reports, and the particular methods used can be found in the metadata for each document. Methods included both secondary research, such as analysis of the literature, and primary research, including the techniques listed below. For a full explanation of each method type, please see the glossary.

• Why women buy
• How to get more people to go to the movies
• Attitudes and motivations of the American voter
• Cigarette advertising: the untapped possibilities – a creative memorandum on the psychology of smoking
• A motivational research study of the Negro market for Esso gasoline, services and related products
• Creative research memorandum on the psychology of hot dogs
• A creative memorandum on psychological advertising of toys to parents
• Cigarette smoking among women
• Sexual attitudes in the United Kingdom – today
• Marketing Chrysler automobiles in a rapidly-changing society
• The role of supermarkets in our modern culture
• A pilot study on the Bird’s Eye logo

Companies and brands featured include: